Today for lunch, I went to the food trucks on Howell Mill Road for the first time. I know, I know–what took me so long? I don’t know how to answer that. I guess I only learned about them a few months ago (cue Jay-Z’s “It’s a Hard Knock Life“) and am just getting around to checking them out.

I don’t know what it is about food trucks that excite me so much. Obviously, there’s the abundance of tasty food jammed into one small area, but it’s more than that. I think it reminds me of the best parts of my childhood. Block parties. Summers. Chicago (before Chicago was a hotbed of gang activity). I’m not exactly certain what it is–food trucks just make me happy. So when we pulled up to the parking lot partially-paved, gravelly, dilapidated area where other cars were parked, I became… Giddy? Maybe tickled pink? No–thrilled.

All of the above. It was just so exciting! Straightaway, I cursed myself for not bringing my camera. There were picnic tables all around and signs with pretty, swooshy handwriting. Braniacs and showoffs might refer to it as cursive. Whatever. There were about six, maybe eight, trucks. Meatballs, barbecue, and other things I didn’t give two craps about. I’m not really a meat person. Then, to my left, I saw this big, blue (my favorite color) truck. And do you know what they were selling? Crepes! Oh yeah. That’s right. Delicious, sweet, warm, creamy, comforting, stress-numbing… I may be drifting into a weird place here. What I’m trying to say is… Crepes, yo!

Aside from the lip-smacking deliciousness of crepes, I’m also kind of obsessed with them because I’m merely consumed with all things French. Dems just the cold, hard facts for me these days. And as such, this will come as no surprise to you–I chose the crepes.

Crepes Suzette (the crêperie, obviously) had a tempting assortment of sweet crepes, but I’m trying to run a 10K and to stop being so jiggly. With those things in mind, I thought it best to forgo all the sugar and choose a savory crepe. I settled on the Alpine crepe, which is simply spinach and goat cheese.

The friendly lady in the truck took our orders and told us that her “Papa” would be back in a moment. He takes the money. No problem. We wait for a few minutes, and she was right–Papa came back. And guess what? Papa had a French accent!

OH EM GEEE, I thought! Here’s my chance to practice my French skills! Ask him which part of France he’s from! Okay, here goes… Wait, how do you say that in French? D’ou venez-vous. No! That’s where are you from’! I know he’s from France! How do I say it?! Où en France… Laquelle… Quel… Oh my God, HOW DO I SAY IT?!!! DEAR GOD, WHY HAVE THOU FORSAKEN ME?!

I may have an inclination toward the dramatic sometimes.

I drew a complete blank. Actually, I don’t think I can even call it a blank because I still don’t know how to say it. There’s just a big hole in my conversational abilities. I never even thought of learning “Where in ___ are you from?” Now that I have my wits about me, I guess “Where are you from?” works just fine.  Jeez, what is wrong with me? Le sigh.

I gave him the money and settled for a “merci beaucoup” in my best French accent. I could tell he appreciated it, which only made me feel worse for not being able to communicate with him in his native language. I skulked away like a dirty, rotten language failure.

I started to eat my crepe. ‘Twas delectable, by the way. I watched my could-be French friend and thought about other things I could say to him. There had to be something that I could recall.

Well, if I could leave well enough alone, I wouldn’t have so many ridiculous things to write about, would I? After I finished my crepe I walked right up to that truck, knocked on the window, and when Papa answered, I said, “Tes crêpes sont delicieuses!

And he very graciously laughed and replied, “Merci beaucoup! Tu es très sympa!” He was so friendly about it! I was happy that I risked looking stupid.

I came, I spoke French, I conquered! It was time to say goodbye!

Ok, here goes… Wait, how do I say goodbye? À bientôt! No! That’s ‘see you soon!’ I’m not gonna see him soon! À plus tard! Nope, not gonna see him later. Everyone in the free world knows how to say goodbye in French! Why can’t I remember it?! DEAR GOD, WHY HAVE THOU FORSAKEN ME?!!

I truly couldn’t think of it. I had to settle for frantically waving goodbye like an idiot.

I think we can take away a couple of things from my afternoon:

1. If I had gotten the nutella crepe, the creamy, chocolatey sweetness would have melted away all the anxiety I felt about speaking French, and I wouldn’t have looked like a freak.

3. NEVER pass up a nutella crepe.

4. And lastly, if you’re in Atlanta, go to Crêpe Suzette and get you some! 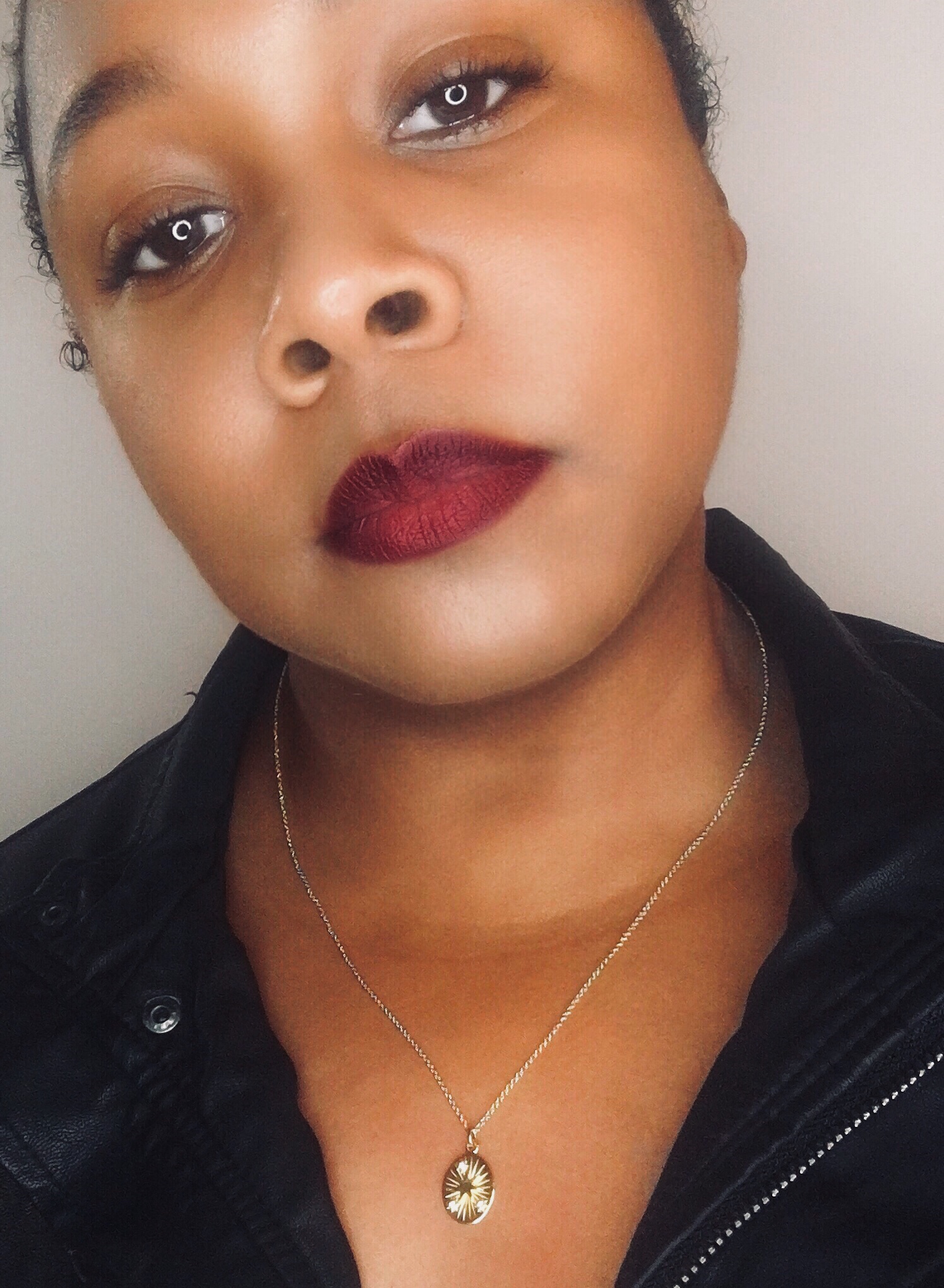 Feeling dainty today✨ Hope you guys are safe and enjoying the weekend!🤎
My perfect blush☺️ @fentybeauty Cheeks Out cream blush in Rosé Latte